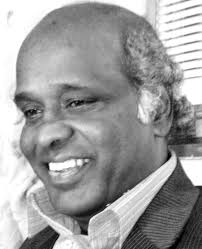 Famous Poet Rahat Indori no longer, He also had corona after pneumonia.

Rahat Indori was born on 1 January 1950 in Indore, Madhya Pradesh.
On Tuesday, he tweeted the information about his corona being positive.

Famous poet Rahat Indori is no more -> This morning he reported himself to be Corona positive on Twitter. At the age of 70, this infection was a serious issue. Rahat was also caused by pneumonia and had three consecutive heart attacks. After this, at 5 o’clock in the evening, news came that this poet, who gave relief to Spirit, has left the world.

Childhood passed in Poverty, the family had to be homeless

Rahat Sahab’s childhood was spent in Muflissi. Father drove auto after coming to Indore. Worked in the mill. But the economic recession was going on in those days. From 1939 to 1945, the Second World War also had an impact on India. The mills were closed or had to be sorted there. Rahat Sahab’s father also lost his job. Things became so bad that Rahat Sahab’s family had to go homeless.

Rahat was restless for 4-5 days, inspection revealed pneumonia and corona

Rahat Indouri’s son and young poet Sutlej Rahat had told that the father used to go out of the house only for regular checks for four months. He was getting restless for four to five days. Pneumonia was confirmed when X-rays were done on the advice of doctors. The samples were then sent for examination, in which they were found to be corona infected. Rahat had heart disease and diabetes. Was placed in the ICU due to shortness of breath.
Vinod Bhandari, director of Aurobindo Hospital, said that on Tuesday evening, he had a heart attack and a severe attack. After that once in a while, Rahat also made a comeback, but could not recover again.

wrote songs in films like Munnabhai MBBS and Murder

1 thought on “Famous poet Rahat Indori is no more”