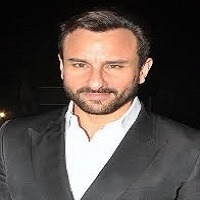 Saif can launch his son, advised to be prepared

Saif and Amrita’s daughter Sara Ali Khan has already appeared in films. she made his debut with Kedarnath last year.

In an interview to Mumbai Mirror, Saif Ali Khan said that I do not know if I will launch him. This is an option and the film is a good career choice for him. He is very sporty and likes the idea of coming to the film instead of an academic job. No one is taking much interest in the family except her sister Sara.

Advised son to be ready

Saif has advised his son to prepare vigorously before appearing in films. Saif said that it has become a different world now. The benchmarks have changed here. I would tell him that he should prepare well and choose films with great care.

Saif says that he (Ibrahim) should join Bollywood. He is good at looks but better than me. he is very charming. I definitely think that all my children will take an interest in acting. Now he is a little small, I want him to complete his university first. After this, we will support him, whatever he wants to do.

Ibrahim’s photo was seen with Sara

Recently Sara went to visit the Maldives with her mother and brother Ibrahim. Both of them had clicked a lot of pictures and put them on social sites. After this, both the siblings did a photoshoot for the magazine.