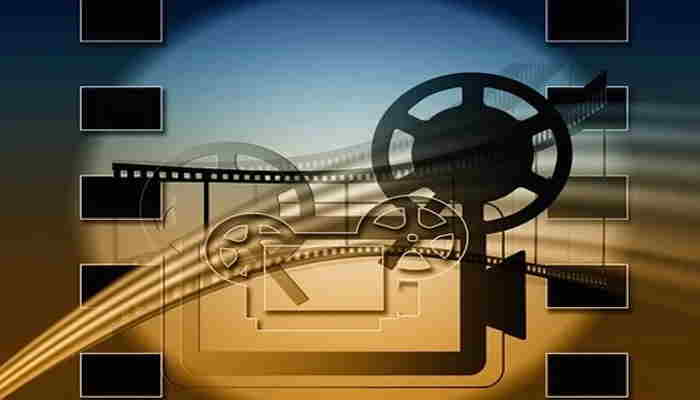 Final for Film City in UP- > ‘Modi hai to mumakin hai’, this slogan became very popular. The slogans of ‘Yogi hai to yakeen hai’ were raised in a meeting held in UP about Film City. Yogi Sarkar has decided to build a grand film city near the Yamuna Expressway. The place has been finalized in a meeting with the well-known Bollywood celebrities. There was a meeting at the Chief Minister’s official bungalow in Lucknow. Many people from the film world also joined the conference. It is the land of Mahavir and Kabir. Uttar Pradesh will extend the tradition and gift of the film city to the country. For this, he also asked for the most suggestions. Also, read -> Digital media is spreading poisonous hate and violence

A dedicated infotainment zone ie Filmcity will be established in UP. It will develop on 1000 acres of land in Sector 21 of Yamuna Expressway Authority. Of this, 220 acres will be reserved for commercial activity. It will be 60 km from Mathura-Vrindavan and 100 km from Agra. Asia’s largest jewelry international airport is also being built nearby. The state’s Additional Chief Secretary Avnish Awasthi said that this place will be the best in UP in terms of connectivity. The UP government was told that along with content distribution, tax exemption is also being considered.

Anupam Kher, Actor: – Today is the occasion of celebration. Everyone has faith in Yogi Ji’s ability. UP’s City City will be in UP, but the whole world will consider it as their own. Like the Taj Mahal, it should attract the world. Yogi Ji recorded us in history by inviting him to the first meeting of its establishment. If I could also participate in realizing this dream of Yogi Ji, it would be my good fortune. Also, read -> Swadesh Bazaar will compete with Amazon

Paresh Rawal, Chairman National School of Drama: – A very welcome move. Yogi Ji will also fulfill this dream, I am sure. If Yogi Ji makes any effort in writing the film screenplay, it will help a lot. It will also prove to be a revitalizing dimension to regional cinema.

Raju Srivastava, President Uttar Pradesh Film Bandhu: I am happy that Yogi has tried to give a new option to the film world. It will give wings to the spirits, dreams of amazing talents of small towns. I will be present at all times, serving with full potential. Thanks to Yogi Ji, greetings.

Anoop Jalota, Singer:- Very appreciated. For this, film cities around the world should be studied. Their strengths, shortcomings should be understood. Facilities should be provided in terms of requirements. This is a significant effort for the world. My best wishes. Final for Film City in UP

Kailash Kher, Singer:- Today, when Yogi is leading himself, nothing is impossible. Millions of forts are standing in the name of Film City in the world, what have people done in 70 years that they are disgusted, ashamed. Uttar Pradesh is the holy land of the gods. It will guide the world. May this world of yogi Ji nurture Indian culture. Art seekers get respect. It will happen, it is my belief. Rest Yogi Ji order, we are runners.

Final for Film City in UP- > Satish Kaushik, Producer Director:– UP Shooting has been a friendly place. I have done a lot of work here. Today is a historic day for the art sector of the whole world. Yogi is giving a new option to the film world. The presentation shown today showed us the image of a better future. You have given a new foundation to us artists. The culture of UP has influenced Indian films from the beginning, now the film city here will affect the whole world. My very best wishes, many thanks to Yogi Ji. Also, read -> Healthy Food Habits for kids

Udit Narayan, playback singer:- Yogi Ji has done very beautiful work in a very short time. In such a situation, we are all excited by the announcement of Film City. I have been a part of the film industry for 40 years. If I could contribute anything to realize this big dream of Yogi Ji, I would consider life blessed.

Manoj Muntashir, Lyricist:– Yogi gave wings to crores of talents. For 45 years the Hindi belt was waiting for this. The language of UP spread to the world, but the stories of UP were not heard. Yogi Ji is requested to consider the direction of setting up a film institute and music institute. There should be an attempt to introduce the new generation to great people like Alha Udal, Mahamana Malaviya. I am very proud to be UP today.

Manoj Joshi, Actor: – Wonderful and unique effort. The film city will be the epicenter of the film industry in 12 Indian languages ​​including Punjabi, Bengali, Hindi. Try to make it eco-friendly. Today, stories of the Hindi belt are dominated on the OTT platform. Today 70 percent of the technicians are from Uttar Pradesh. UP is very rich in colorwork. This new filmism can be extremely useful in making all these ‘self-reliant’. This will give a new direction to the industrial, tourism development of the state.

Nitin Desai, Art Director: – Salute to Yogi Ji’s vision. The film is not just about dance and music. Employment to millions, trade to Arabs, skill, and salutations are also saluted. The proposal of UP is going to attract the international film industry. Uttar Pradesh is the birthplace of the gods. There is a wonderful confluence of religion, culture, and art here. This film will further enrich City UP. We are ready to help all possible to make this vision a success.

Vinod Bachchan, Filmmaker: – Film City has a dream in UP for decades. Today Yogi Ji has seen that dream. It is now scheduled to be completed. The more the scholars of the film world take the assistance of technicians in its production, the more this project will be successful. I have always represented UP in my films. Just don’t let this dream become UP vs Maharashtra. We are ready to do whatever we can. Now it will catch more speed. One important thing is the lack of film screens, if Yogi Ji makes some efforts to reach small towns, it will help a lot. It is also important that good cinema should be encouraged.

Soundarya ( filmmaker): – There is still no animation industry in India. It has a big impact on today’s films. Yogi Ji, if there is an effort in this direction, then there will be a great convenience. Many thanks to the Chief Minister of Uttar Pradesh for announcing the establishment of Film City.

3 thoughts on “Final for Film City in UP”